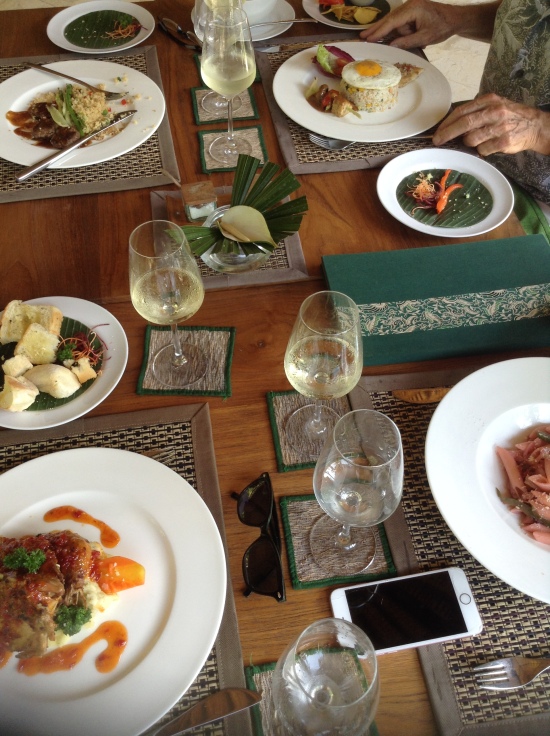 The Balinese are the most accommodating people on earth and a group of young men stand at the door to welcome us into the Royal Pita Maha, a spectacular hotel sitting high above a bend in the Ayung River. The four of us walk through the grand open reception area, past statues of Hindu gods […]

As visitors to Ubud in Bali know, there are two kinds of Ubud. The glossy magazine Ubud with beautiful people sipping cocktails in artfully designed restaurants. And then the everyday Ubud. Broken walkways, open drains, building sites abandoned, their materials spilling onto the road. To Australian eyes, the lack of regulation is mesmerising. In […]

A couple of weeks ago I went to a local cafe for breakfast. I’d walked past it a hundred times but had not heard the siren call. When it popped up in a couple of ‘best of’ lists I was worried I’d missed a local gem. The cafe was in a converted old shop right […]

Continue Reading "Too much cutting edge? Flavour versus fashion."

My brother dropped off a copy of Mrs Beeton’s Every Day Cookery and Housekeeping Book for me to have a look at. Originally published in 1893, Mrs Beeton was once the bible for the new housewife but is now a curiosity. The book was full of strictures for running a house, from which day of […] 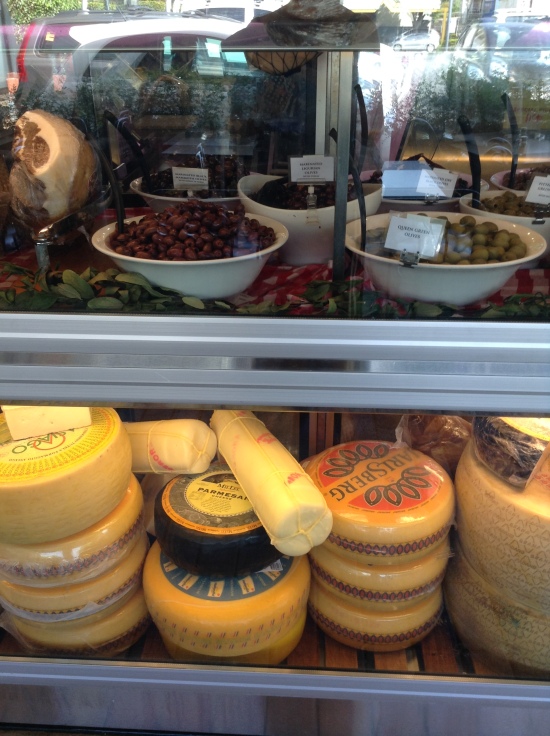 At 6am the day’s choreography starts at the New Farm Deli. People in Brisbane rise early in summer and wait for the doors to open for the first coffee of the day. Vince and Maria own and run the Deli and it is Vince who conducts the floor. In the morning he either works the […]

If you are not in a position to stroll through the Piazza Maggiore in Bologna, stroll down to Florence Street, Teneriffe for some real Italian gelato. La Macelleria opened a couple of months ago and through word of mouth attracts a steady stream of fans. Now sandal weather is nearly here, I would expect the […]

Jim crosses the street to the Little Larder every day to drink a short macchiato and read the paper. Sometimes his walk is barely a shuffle and one day I watched him cross back, stopping every couple of feet to clutch his head shot with neuralgia. Jim is the father of friends of mine and […]

1. Food for you is what? Enjoyment. 2. What was your favourite food/meal as a child? Lettuce. 3. What did you have for dinner last night? Fish, chips and steamed vegetables. 4. Favourite restaurant? Coronation Hotel, in its heyday. 5. Do you grow food, and if so, what? Parsley, basil and dill. 6. Local hidden […]

Justin Livingston, elegant retiree (see 10 Food Question) is spending a month living in the Vittoria area in Rome.  Here is his Roman food story.   I am staying in the Vittoria area, north of the Vatican and near Piazza Mazzini. This was a working class area, but is becoming trendy, but as yet untouristy. The […]

1. Food for you is what? Two things – by myself it is fuel; out with my friends, it is an occasion. 2. What was your favourite food/meal as a child? Strawberry ice-cream cake. 3. What did you have for dinner last night? Pan fried prawns, with Moroccan spices, on a rocket and pear salad. […]

A blog about life, film, ageing and resisting retirement.

The Art and Craft of Blogging

life in the fast lane

a year of cooking delicious things

writing for a better world